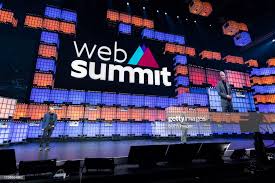 According to a source familiar with the situation, Tim Berners-firm, Lee’s Inrupt, has raised roughly $30 million in its Series A funding round. Inrupt’s fresh round was led by Forte Ventures, the two companies stated recently, but neither would reveal the size of the deal.

The round saw participation from “all existing investors,” including Akamai Technologies and Glasswing Ventures, as well as new investors Allstate and the Minderoo Foundation’s Frontier Technology Initiative.

Inrupt — founded by the creator of the standards of the world wide web, Berners-Lee, and technologist John Bruce — is attempting to “reshape the internet” by building a platform that gives users control of their data. The Inrupt team includes cryptography expert Bruce Schneier.

Read More: The return of chronological feed on Insta

“Business transformation is hampered by different parts of one’s life being managed by different silos, each of which looks after one vertical slice of life,” said Berners-Lee in a statement. “Meanwhile, that data is exploited by the silo in question, leading to increasing, very reasonable, public skepticism about how personal data is being misused.”

Inrupt’s platform enables users to store their personal data in something called a POD (Personal Online Datastores). These PODs are interoperable with decentralized applications and can be decoupled whenever the user prefers to do so.

“This approach allows consumers to take control of their data while giving governments and companies — and their app developers — a more seamless transition into a new internet era and regulatory regime (e.g., GDPR),” wrote Hunter Hartwell, principal at Forte Ventures.