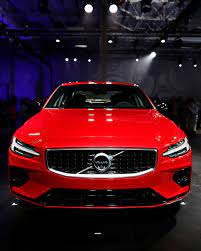 Volvo Cars announced at CES that it is partnering with lidar startup Luminar and its autonomous driving (AD) software subsidiary Zenseact to add an AD feature to its next generation of completely electric cars. The technology, dubbed “Ride Pilot,” will first be offered as an add-on subscription to an electric SUV that will be unveiled later this year.