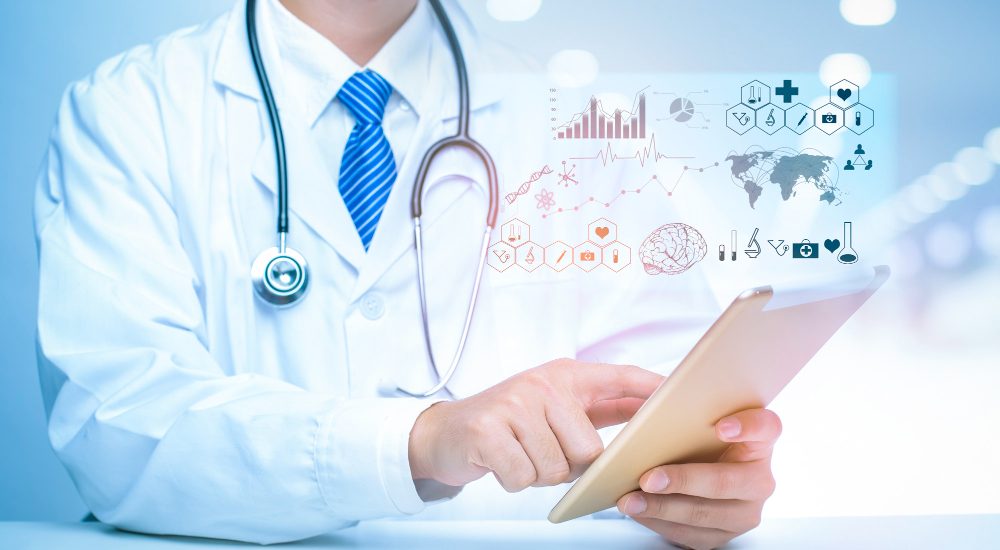 The Sync for Genes program, launched by ONC in 2017 in partnership with the National Institutes of Health’s All of Us Research Program, aims to support genomic data sharing across the care continuum.

Phase one of the project focused on testing use cases included in HL7’s Clinical Genomics Workgroup’s Domain Analysis Model. These results contributed to the Genomics Reporting Implementation Guide as part of the FHIR Release 3.0.

The goal of Sync for Genes Phase four was to advance the use of standardized HL7 FHIR-based APIs to improve how genomic data sharing in clinical and research settings.

Utah’s Newborn Screening Program built on its work in phase two by developing a proof-of-concept, web-based application using the SMART on FHIR standard and tailoring a genomic variant report to specialists to whom newborns are referred.

The second project occurred at the Center for Data-Driven Discovery in Biomedicine at Children’s Hospital of Philadelphia. As a member of the Children’s Brain Tumor Network and the Pacific Pediatric Neuro-Oncology Consortium, the Center has existing agreements for sharing clinical genomic testing data.

Researchers structured genomics data from a set of pediatric brain tumor patients as recommended by the FHIR Release 4 (R4) Genomics standard. Then, they loaded the data into a FHIR server to provide the ability to query and retrieve the information using an API.

The Center developed a prototype app that provided a user interface targeted to a specific use case and shared the technology with a team at the University of California, San Francisco, for clinical and research purposes.

“To see how the landscape has changed since Sync for Genes phase two, phase four included an analysis that further documented technical and non-technical challenges to widespread implementation, adoption, and use of genomics standards,” ONC official Stephanie Garcia wrote in a HealthITBuzz blog post.

The analysis included feedback from a technical expert panel and project team members, findings from demonstration sites, and a literature review.

Stakeholders categorized challenges into six themes that point to the continued need for:

“The Sync for Genes project, in collaboration with the demonstration sites to date, has primarily focused on the testing and development of interoperable genomics standards and their implementation,” Garcia said. “This focus on standards development and implementation is foundational to realizing the vision of genomic data flowing seamlessly to patients, providers, researchers, and other professionals.”

“However, there is much more work to do in order to support interoperable implementation and to address the longer-term needs such as access to reliable educational materials tailored for specific users and to policies that align with the rapidly evolving field of genomics,” she concluded.